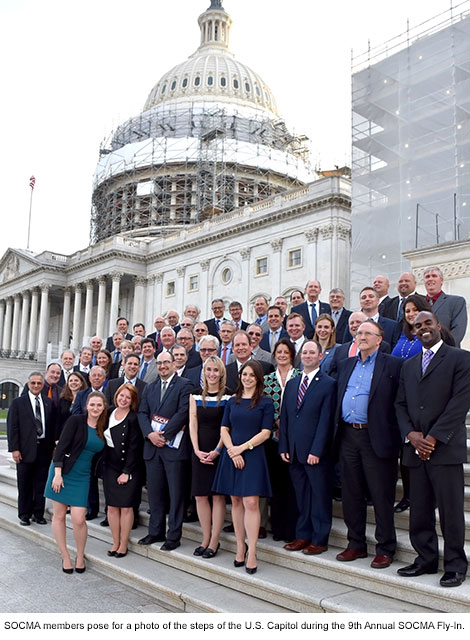 SOCMA’s 9th annual Washington fly-in saw record attendance, which featured MFG’s President Keith Arnold and approximately 50 other attendees.  The group spoke to members of Congress in hopes of improving the tariff situation, which impacts small chemical companies’ ability to compete with a larger global market.  A bill was submitted for consideration to both the House and Senate in hopes of creating an allowable evolution to provide tax cuts, thus affording these limited companies growth opportunities.  Bill Allmond, SOCMA’s Vice President of Government and Public Relations, relayed passionately to members of Congress about the importance and the considerable impact the proposed bill, entitled the Miscellaneous Tariff Bill, will have on SOCMA’s members, most of which are small to moderate manufacturers.

SOCMA and the companies the organization represents strongly believe that the approval of this bill will facilitate in the prosperity and expansion of these manufacturers in an industry where otherwise such goals would be improbable. If approved, Allmond, alongside other SOCMA members, believes this will save companies millions, which will in turn grant small to medium sized manufacturers the capability to create a more competent workforce, broaden their market reach, and more.