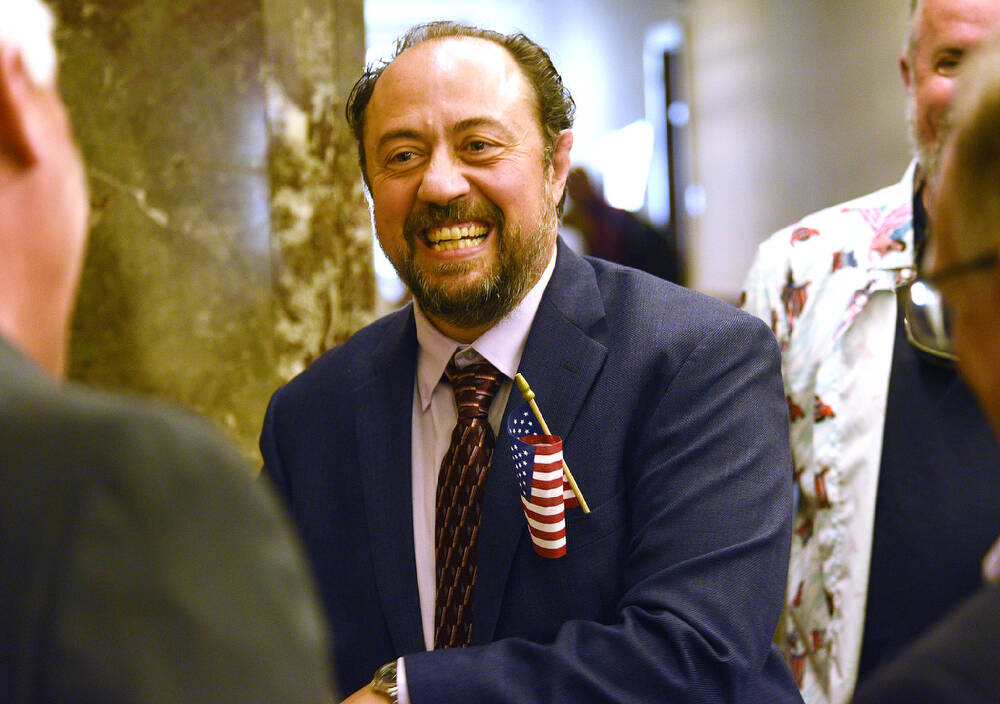 On Wednesday, May 25 in a ceremony at the Chattanooga Courthouse, MFG Chemical Chief Science Officer Guido DeStefano became a U.S. Citizen.

Upon receiving his U.S. citizenship Guido declared, “I’m very happy and proud to have become an American citizen. Becoming a U.S. citizen took me over 20 years, starting in January , 2000 when I first came to America. The birth of my son was a big catalyst for me in completing the process.”.

In Houston, Guido began working in the oil & gas industry. After 15 years living and working in Houston, TX, he moved to another oil & gas producing hub,  Aberdeen, Scotland. After two years in Scotland he returned to Houston. There he was discovered by MFG Chemical. Guido’s chemistry background, skills, enthusiasm and character were just what MFG needed… so he joined the company, where he has worked as Chief Science Officer for the past five years.

“I began the process of becoming an American citizen by first obtaining a student visa, then getting a job, a green card, going through interviews, and studying. To become an American citizen you have to pass oral and written tests, which include 100 questions about America history, government, rights and obligations. Some people are not approved for citizenship,”  Guido explained.

The citizenship ceremony was presided over by a judge, who declared Guido and about 50 others to be newly minted U.S. citizens. The judge explained that America is the only country in the world that is based on an idea… the idea that people from all different nationalities, races and religions can live in this country with equal rights under the law, with liberty and justice for all. For Guido, the judge’s words were very moving.

When asked what surprised him the most about the induction ceremony, Guido said, “The fact that my MFG Chemical colleagues CEO Paul Turgeon, Joe Dymecki, VP Sales & Marketing and Dr. George Graham, VP Operations all came to this ceremony was a very nice surprise and made me feel especially good.”